Co Publisher of Agelesless Press and Co Host of the Constructing Comics Podcaster Writer of the upcoming Metal Eagle from Source Point Press and Dying Days from Red 5 Comics.

The Last Few Crazy Days of Running a Kickstarter!

So I am in my last few days of my kickstarter, hang on one second I need to refresh my kickstarter page. (Joking)  I feel like I survived the dead zone in the middle, and things are picking up.  I am closing in on 75 percent funded and 130 backers. 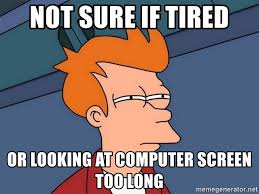 And feeling pretty good, this comic is going to be made!

Running a kickstarter is mentally taxing, and I have to admit I overthought things and took things personal a few times.  But with a bit of reflection it is crazy to think that close to 130 people (and counting fingers crossed) are willing to support my comics.

So easier said then done, but try to relax during you kickstarter.

I have gotten a lot of support from friends, family and online comic creators.  Thanks so much!

Another cool thing about this kickstarter and my community building/networking is I had two comics pros back my kickstarter.  How crazy is that!

What is great about  indie comics community is backing, sharing and promoting each other.  Lots of shares on social media and interviews on my podcast “Constructing Comics“.  I enjoy hearing stories from other creators, and hopefully allowing their projects to reach even more people.

Check it out.  I have interviewed with  a wide variety of creators, friends, people in my online communities and Eisner Award Winners! (again crazy)

Thanks for checking out my blog.  Back next week with a post about the dealing with the end of a kickstarter, and hopefully my plans to get the books out to backers ASAP!